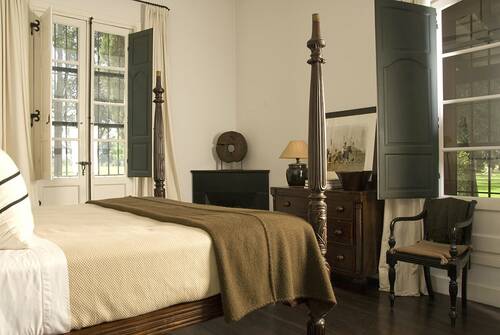 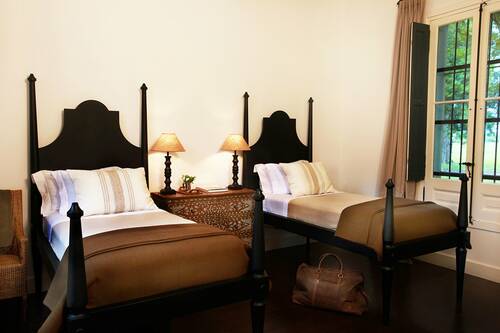 Ideally located just 120 km from Buenos Aires and close to San Antonio de Areco, in the heart of the Pampas, one of the oldest estancias in Argentina, recently renovated with the greatest care boutique hotel, successfully combines luxurious comfort and colonial elegance. The feeling of being received in a private home, within a property steeped in history and traditions, makes this hotel a privileged and timeless place to unwind. Exquisite cuisine, refined service, gaucho traditions, and equestrian sports contribute to the place's unique magic.

History - La Bamba, whose origin dates back to 1830, formed one of the post houses of the "Camino Real" (Royal Route), which linked Buenos Aires to the north of the country's oldest estancias in colonial style. Argentine. Its main building and its watchtower served to prevent indigenous attacks. Its old stables (La Pulperia) and its bicentenary park are part of Argentina and the Gauchos history. Transformed into an estancia at the beginning of the 20th century, it kept its name, taken from the Celtic word "Bahamba," which means "place of rest and hospitality," and was classified by the city San Antonio de Areco in 1970. One of the first estancias to open its doors to the public in the 80s and completely renovated in 2009 in the pure tradition, La Bamba, has regained its exceptional charm and original nobility.

Sitting at the end of an avenue of secular plane trees, La Bamba includes the mansion articulated around the main patio, with a stocked library in the guard tower and a huge gallery opening onto the park. The cottage, the vineyard house, the stables, the summer dining room, and the old inn make up most of the casco buildings. In the heart of a grandiose park, this typically colonial-style complex houses rooms and suites spread over three buildings, several reception rooms, billiard room, bar, massage room, and shop. Regional and refined culinary tradition, quality service, charm, and personality make La Bamba de Areco an obligatory stopover in the province of Buenos Aires.

Activities - Horse or carriage rides, mountain biking excursions, Argentinian bowls, hot stone massage, the large swimming pool, and the many rest areas offer the traveler unforgettable relaxation and an incomparable way to refuel. Energy. La Bamba de Areco also serves as the base for the international polo team that bears its name. The property has two polo fields, and the traveler can thus attend almost daily training and matches during the season. Although its vocation is not to be a polo school, arrangements on request can be made for confirmed polo player hosts.

San Antonio de Areco, one of the oldest towns in Argentina, located only 13km away, invites you to step back to the 18th century with its colonial alleys, church, pulpers, and museums. At the Musée Gauchesque Ricardo Guiraldes, meet the gaucho's soul and character, brought to life by the famous Argentine author in his cult novel Don Segundo Sombra (1926). See the master silversmiths at work in their workshops and admire the dexterity of the leather artisans. Heirs of pure tradition, these artists perpetuate the international reputation of San Antonio de Areco.

Tradition & Folklore - An active part of Argentinian heritage, and more particularly left, La Bamba de Areco is proud to be able to offer authentic left traditions such as the different types of asado and the tasting of mate, and organizes as an option several shows of gauchos, private and unique. : musical show with folk dances, Indian taming, equestrian skill, Patos, Boleadores and Sortija. La Semana de la Fiesta de la Tradition: At the beginning of November, San Antonio de Areco welcomes several thousand gauchos from all over Argentina: This event, a real journey into Argentine history and heritage, is a unique opportunity to discover the gaucho culture: Equestrian parades, rodeos, taming, concerts and folk dances, craft markets. 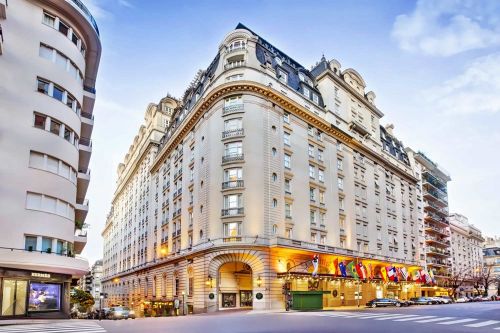 The very first luxury getaway in Buenos Aires, Alvear Palace Hotel, is a palace in every sense of the word. The opulent hotel is by all means suitable...

EXPLORE THIS HOTEL
From 408 USD 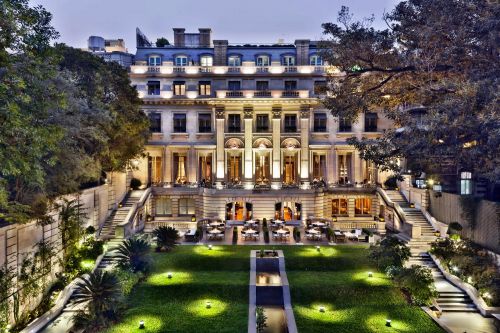 EXPLORE THIS HOTEL
From 554 USD