The Masseria San Domenico lies about eight hundred meters from the sea on the coast between Bari and Brindisi. It is one of the oldest watchtowers built in the XIV century. This fortified building was used to warn against attacks by the Turks. After a careful restoration, completed respecting the old shapes and the original building materials, the tower was converted into a deluxe resort whose charm recalls the region's history, a land where the Eastern and the Mediterranean cultures have mixed well together. Against the backdrop of the blue sky and sea, the whitewashed stone buildings stand out amidst ancient silver olive groves, among which there lies a magnificent irregularly-shaped pool encircled by rocks and plants.

The hotel has 30 double rooms and 16 suites. Every room has a quite similar decor to each other, with marble floors, crisp white walls, cheerful floral drapes and matching bedspreads in different colors for every room, stenciled designs accenting the ceilings, and fanciful painted wrought-iron headboards. Every room is provided with a minibar, satellite TV, direct-dial telephone, access to the Internet, safe box, air-conditioning, and hairdryer. Some of the rooms capture the blue of the Adriatic Sea across an expanse of olive trees.

The hotel's main restaurant, the San Domenico Restaurant, with its arched vaults dating back to the 1700s, is renowned both locally and internationally for its exquisite food. The restaurant offers Apulian specialties complemented by a selection of fine local wines. Guests can have breakfast in Sala Fico while the Pool Grill serves a daily regional buffet lunch. Recently opened, the seafood restaurant "La Nassa" located in the "a mare" dependence promises an unforgettable eating experience savoring the local fish and seafood delicacies.

As well as the outdoor swimming pool, the hotel has 2 private beaches (one sandy, one rocky), two tennis courts, a sauna and a steam bath, and an 18-hole golf course overlooking the sea. Masseria San Domenico is home to one of Italy's best thalassotherapy spas. The spa offers various treatments and uses the rich seawater and seaweed found in the nearby Adriatic Sea, just 500 meters away. 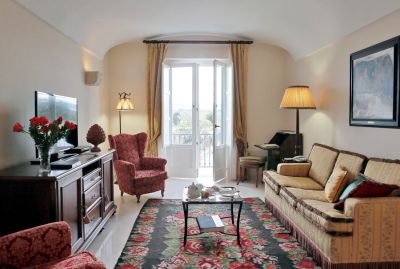 The Thalasso Suites are amongst the largest suites in the hotel, with separate living room and a charming little balcony overlooking the garden or off... 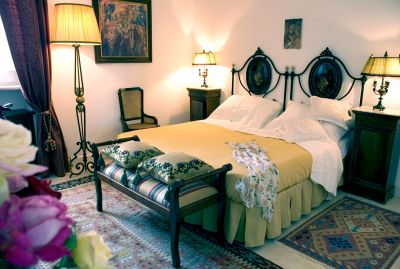 The San Domenico Suite is the most exclusive suite, in a prime location and with a huge terrace (70sqm) offering a breath-taking view over the swimmin... 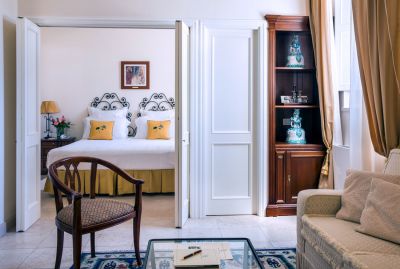 The Masseria Suites are located in the ancient building on the ground or first floor. They have a spacious bedroom, a separate living area, one or two... 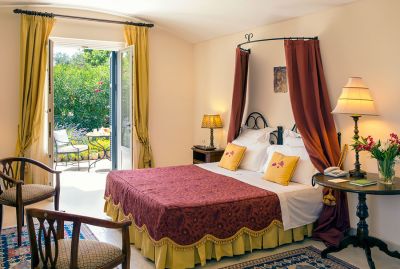 Located on the ground floor with a spacious private garden, the magnificent Garden Suite boast a large bedroom and a separate living room that can be... 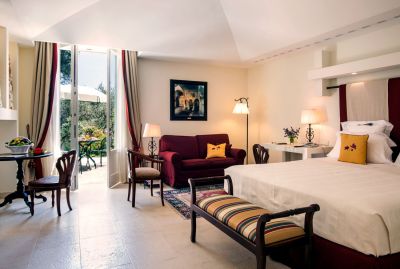 Recently refurbished, the Junior Suite Garden boast a very spacious bedroom decorated in a classical yet sophisticated fashion; a large bathroom with... 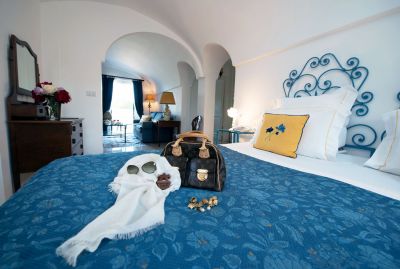 Furnished to the highest standard, the Junior Suite Terrace are located in the ancient building on the first floor. They feature a romantic bedroom wi... 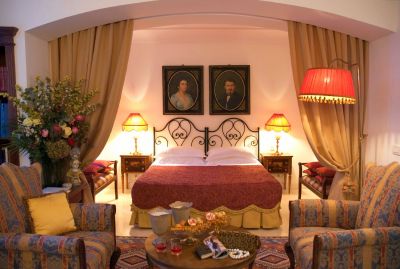 Spacious and beautifully decorated, all of the Junior Suites Masseria are located on the ground floor of the ancient building and offer a charming gar... 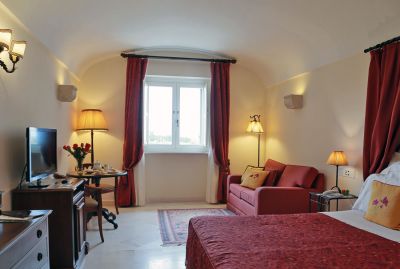 Charming and tastefully furnished, the Deluxe rooms are located on the ground or first floor and strategically close to the Spa & Thalassotherapy cent... 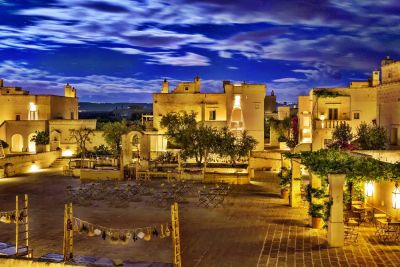 Open all-year-round, Borgo Egnazia is like a breathing tale of Puglia, spoken by the ancient culture of the land and by the sheer beauty of its nonpar...

EXPLORE THIS HOTEL
From 678 USD 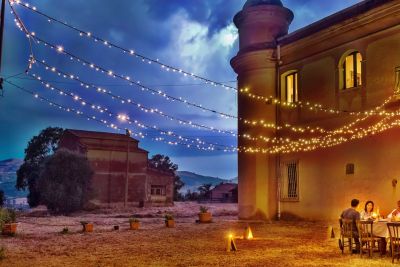 Palazzo Margherita, built-in 1892 in Bernalda by the Margherita family, is a true 19th-century palazzo. The town was the birthplace and home to Agosti...

EXPLORE THIS HOTEL
From 437 USD 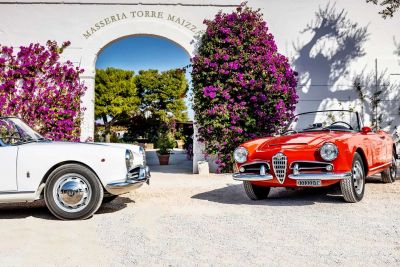 Found amid a sprawling hillside estate on the Puglian coast and set overlooking the Adriatic, the Torre Maizza farm is surrounded by a grove of ancien...