Dining - Guests may also dine on breakfast, lunch, brunch, and dinner at the Terrace poolside grill or through 24-hour room service. ''The Tower Bar'' - A cozy rendezvous inspired by early Hollywood, The Tower Bar and Restaurant offers an elegant haven for the discerning. The Tower Bar also offers casual dress poolside dining with a unique indoor/outdoor setting and incredible, sweeping views. The Tower Bar is the chicest and most welcoming room in town, with a fireplace and discreet niche seating for privacy. Housed in Bugsy Siegel's former apartment on the ground floor and connected to the newly expanded Terrace Bar- the experience is elegantly choreographed by Maitre D' Gabé Doppelt. As Vogue Editor-In-Chief Anna Wintour tells The New York Times, "Gabé's superpower knew what was going on at all times- being in the middle of everything, seamlessly connecting everyone...as if by magic, everyone would somehow end up meeting exactly who they were supposed to." "Who says chic doesn't exist on our planet!" - Michael Kors on Gabé Doppelt in The New York Times.

Mansion Fitness By Darren Misaresh at Sunset Tower Hotel - The team at Mansion Fitness has transformed John Wayne's former apartment into a gorgeous 7,000 square foot bright and airy indoor-outdoor facility on the 3rd level of the hotel. Established in 2011 by Darren Misaresh, Mansion Fitness caters to Los Angeles' fitness elite. Hotel guests are offered 24-hour access to the facility, home to state-of-the-art treadmills, elliptical cross-trainers, free weights, and features equipment from Canali, exclusive to Mansion Fitness on the west coast.

History - Designed in 1929 by architect Leland A. Bryant, the Sunset Tower (as originally called) was a trendsetter from its opening. Its dramatic setting on the Sunset Strip and elegant Art Deco styling, together with its proximity to famous restaurants and nightclubs of the 1930s & '40s, contributed to its landmark status. West Hollywood has always catered to celebrities wishing to draw attention to their star power. The Sunset Tower embodied these aspirations, counting among its former residents Howard Hughes, John Wayne, Billie Burke, Marilyn Monroe, Errol Flynn, Elizabeth Taylor, Frank Sinatra, Paulette Goddard, Zasu Pitts, and even gangster Bugsy Siegel. Leland Bryant specialized in luxury apartments, but the Sunset Tower was his crowning achievement. His work was predominantly in Period Revival, but he proved that he was equally adept with the then-contemporary Deco style. To attract a demanding clientele, the Sunset Tower incorporated the latest in both technology and design. There were modern conveniences, like outlets in every bathroom for electric shavers, and the windows were made larger to take advantage of the spectacular views.

Highlight - Since opening in 1929, Sunset Tower Hotel has had major star power. The art deco icon was home to everyone, from Marilyn Monroe to Howard Hughes, in numerous films. Thanks to a recent face-lift to the accommodations and poolside restaurant, the hotel's old Hollywood charm has a refined, modern edge. The 81 guest rooms and suites feature panoramic windows, gourmet minibars, and signature toiletries. Bugsy Siegel's old apartment has been transformed into the walnut-paneled Tower Bar, where famed jazz pianists regularly perform, overseen by maître d' Ms. Gabe Doppelt. Sunset Plaza's boutiques and outdoor cafés are nearby. 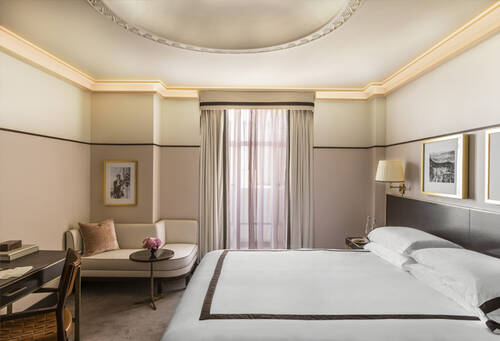 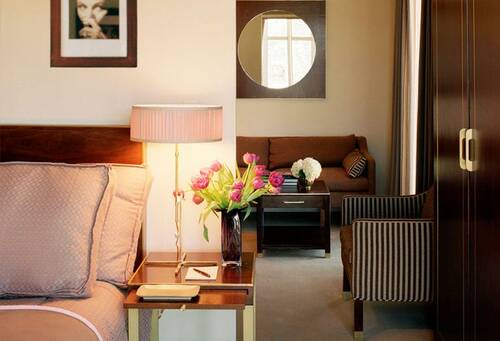 The Studio rooms are airy suites with separate living area and bathroom, king-size bed, floor-to-ceiling windows with panoramic views. Some with limes... 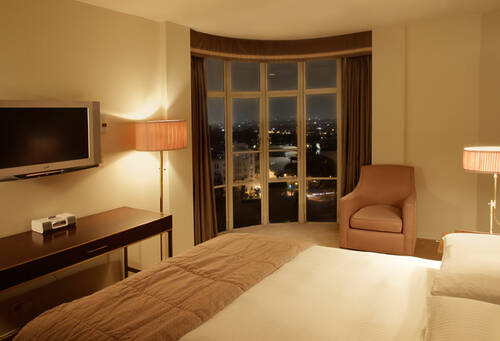 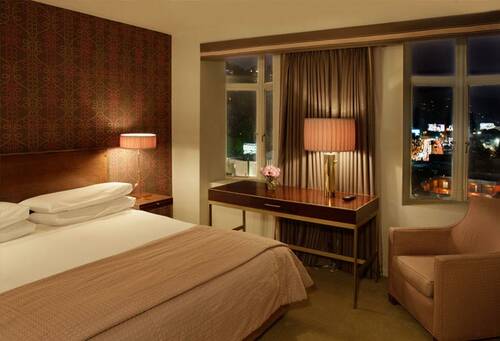 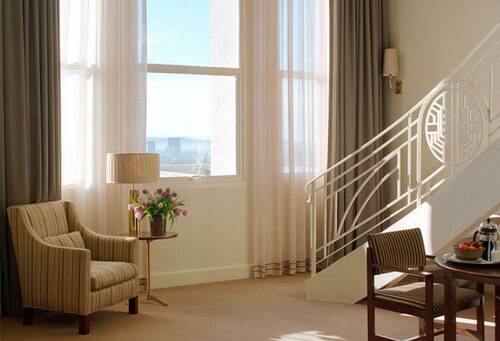 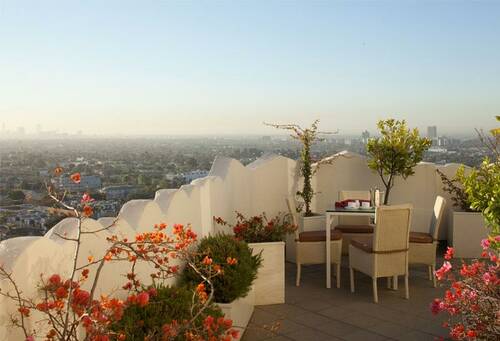 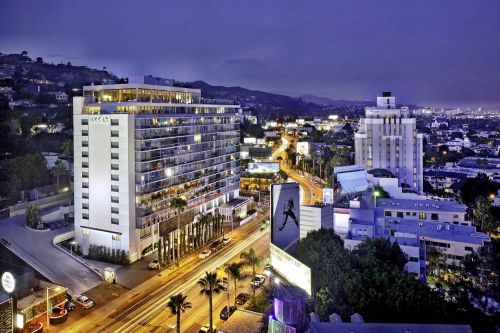 The Andaz West Hollywood is a legendary luxury hotel in West Hollywood, USA. Formerly famed for its popularity in the wildest days of rock stars in th...

EXPLORE THIS HOTEL
From 415 USD 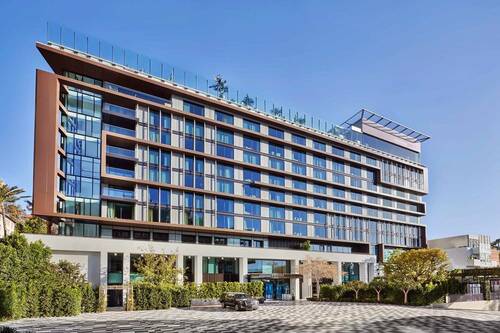 Pendry West Hollywood embraces the best of California modernism and glamorous life in Hollywood Hills. This storied location lies at the heart of LA's...

EXPLORE THIS HOTEL
From 453 USD 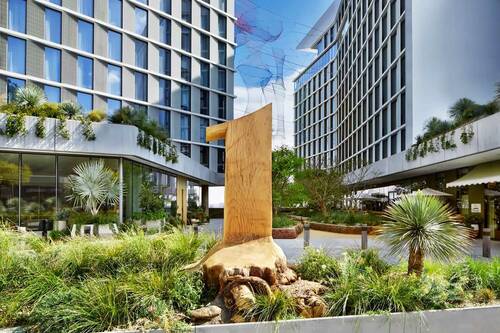 Nestled at the base of the Hollywood Hills,1 Hotel West Hollywood offers sweeping views from Downtown LA to Santa Monica, the first West Coast hotel d...