Shangri La Hotel Tokyo is a tranquil retreat in the heart of Tokyo. The sweeping vista below your window is simply breathtaking. You find yourself in harmony with the tranquility that surrounds you. Take a breathtaking view of Tokyo beyond the window. The beautiful greenery scattered throughout this big city gives harmony and peace to the cityscape. A quiet morning at the Shangri-La Hotel, Tokyo.Tokyo skyline night view. Tokyo's Shangri-La Hotel was opened in 2009 as the first hotel in the Hong Kong-based Shangri-La Group, which operates hotels in the Asia-Pacific region.

Based in Hong Kong, Shangri-La Hotels and Resorts is one of the world's respected hotel companies. On 2 March 2009, the group opened its first property in Japan - Shangri-La Hotel, Tokyo, conveniently located adjacent to Tokyo Station. Inspired by the legendary land featured in James Hilton's novel, Lost Horizon, published in 1933, Shangri-La encapsulates the serenity and hospitality the brand is renowned worldwide. Tokyo's Shangri-La Hotel reflects the fabled Shangri-La's refined mystique, with fine quality facilities and amenities. In addition, Shangri-La's acclaimed Asian hospitality combine to create a sanctuary in the heart of Japan's capital.

The hotel occupies the top 11 floors of the 37-floor, mixed-use Marunouchi Trust Tower Main Building. It offers direct access to Tokyo Station, which serves as the Shinkansen bullet train network's terminus that extends nationwide and to the city's railway hub that connects local train and subway lines with regional services.

The hotel offers views overlooking the whole Tokyo Station, the Marunouchi business area, the Imperial Palace, Shinjuku's skyscrapers, and Mount Fuji if the weather permits. In addition, one can view the soaring Tokyo Sky Tree tower, Tokyo's new landmark, and Tokyo Bay in the distance from one side of the hotel.

Shangri-La Hotel, Tokyo, was named Five Star Hotel by Forbes Travel Guide in 2018. The hotel has also been awarded the Best Hotel in Japan by Tripadvisor "Travelers' Choice™ Hotel Awards." The Shangri-La group's tradition of service excellence started with Shangri-La Hotel, Singapore, in 1971 and is based on the core values of Sincerity, Humility, Helpfulness, Respect, Courtesy and Selflessness.

Shangri-La Hotel Tokyo has 200 guest rooms, including 16 suites. Enjoy the panorama of Tokyo from your spacious and elegant room. Horizon Club rooms offer a range of benefits, including breakfast and a personal concierge to help make your stay more comfortable.

The distinction in Plate & Service - Home to first-class restaurants, Shangri-La Hotel, Tokyo, clearly distinguishes itself as an exceptional dining destination. A great setting for social or business gatherings.

Andrea Ferrero, Executive Chef - Andrea Ferrero, was born in Mondovi in Piedmont's northwest Italian region. After obtaining a diploma in hotel management and catering at age 19, he began a journey that has taken him to some of the world's renowned locations for creative cooking. His growing expertise led him from Spain's Quique Dacosta in Denia to the Vivaldi Restaurant in Dubai, followed by The Bulgari Resort in Bali. He was the executive chef at The Bulgari Hotel Milan from 2011 until 2014, before being appointed Executive Chef of Shangri-La Hotel, Tokyo, on 1 September 2014.

Celebrating the art of Italian pre and post-dinner drinks and snacks - The quintessential Italian aperitivo is said to have started in Milan and fast become established in Italian society as a way of meeting with friends, colleagues from the office, and family before dinner to enjoy delectable cocktails and delicious savory snacks or after dining, for a liqueur. Now, this fashionable social tradition has come to Tokyo as the Shangri-La Hotel. Tokyo launched L'Aperitivo Bar in summer 2018, chic new space in Piacere restaurant featuring the latest, original, and avant-garde cocktails and antipasti inspired by Italy and the Italians.

A legacy of Excellence

The famous Nadaman group of restaurants has been treating discerning Japanese diners to fine traditional cuisine since 1830. Exquisite, the restaurant features sushi and teppanyaki counters and kaiseki, with private dining rooms available.

Relax your body rejuvenate your mind - Find respite in an award-winning spa treatment based on ancient Asian curative traditions and rituals at CHI, The Spa at Shangri-La. Then, for a workout, head to Level 29, where the fully equipped Health Club features a gym and a heated indoor pool with beautiful city views. 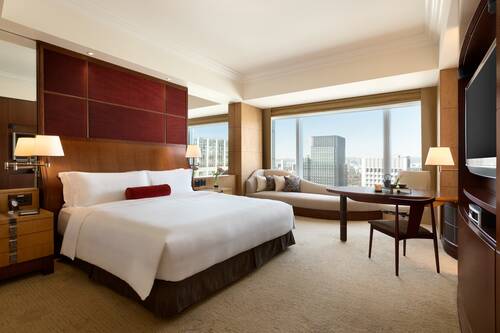 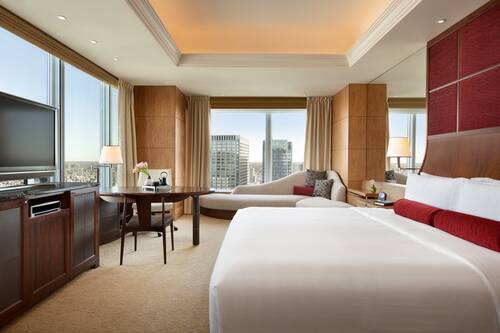 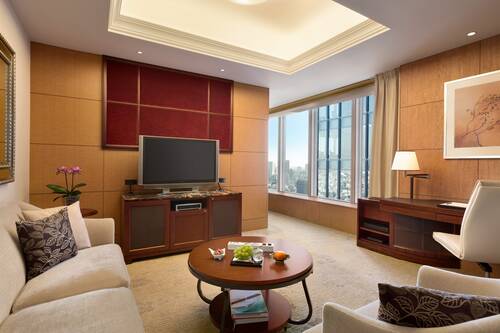 Relax in a private space - The Executive Suite, with its separate bedroom and living room, where natural light enters the spacious space, is a suite t...

Luxury bedroom Breathtaking views and personalized service - Horizon Premier Room located in the corner room. From the spacious and spacious rooms, yo... 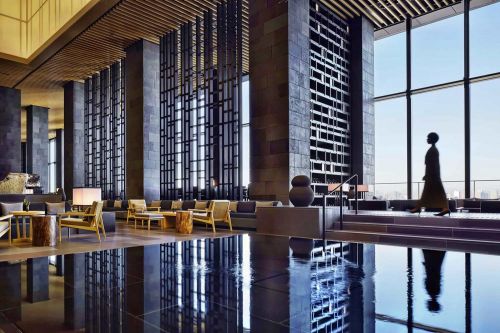 Situated in the commercial hub of the modern-day Japanese capital, Aman Tokyo, is a prepossessing blend of modern-day aesthetics. It also entails urba...

EXPLORE THIS HOTEL
From 362 USD 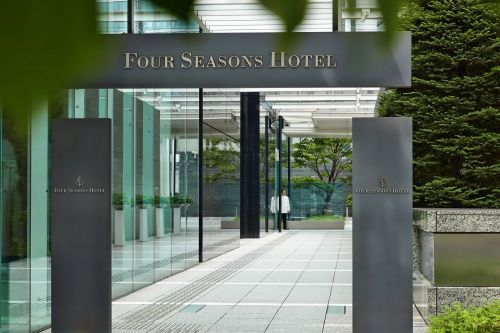 Experience intimate luxury service at the boutique Marunouchi hotel in the heart of Tokyo's central business district. Within arm's reach of Tokyo Sta...

EXPLORE THIS HOTEL
From 396 USD 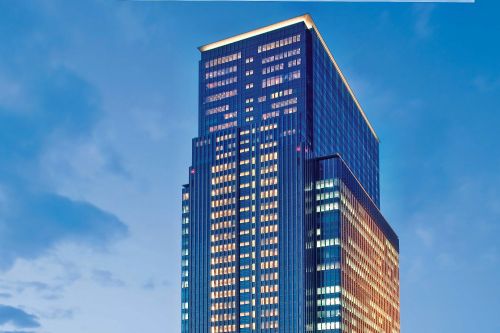 There's no destination to experience the epitome of contemporary luxury in all of Japan than the Mandarin Oriental. As it is the Tokyo branch of the f...