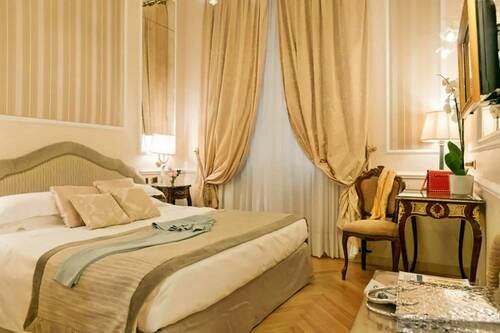 Large and very comfortable, the room is lavishly furnished in a classic style with a four-poster bed, an antique chest of drawers and a Murano-glass c...

Large and very comfortable, the room is lavishly furnished in a classic style with a four-poster bed, an antique chest of drawers and a Murano-glass c...

The Presidential Suite is remarkably spacious with separate sleeping and living quarters all facing Via Indipendenza. The main feature of this room is...

Art Deco Terrace Suite so-called due to its unique style to be found nowhere else in the hotel, is composed by two bedrooms decorated with modern furn... 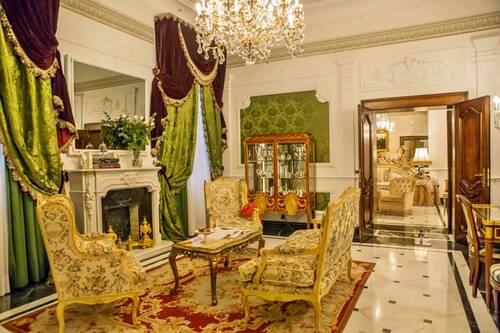 The Presidential Suites of the Grand Hotel Majestic "already Baglioni", among the most luxurious in the city, boast the particularity of being inspire... 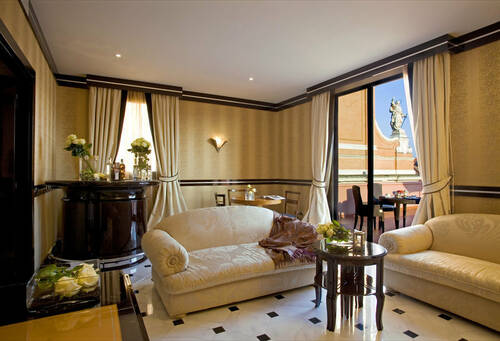 The Art Deco Terrace Suite, so-called due to its unique style to be found nowhere else in the hotel, is the Grand Hotel Majestic’s most prestigious su... 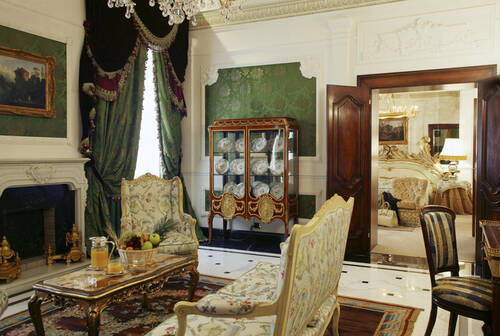 The Royal Suite Giuseppe Verdi is without doubt the richest, most iconic suite in classic Venetian style in the building. Comprising an entrance hall,...


In the heart of Bologna, in an 18th-century palace, the Grand Hotel Majestic "formerly Baglioni," excellence of Made in Italy, in 100 years of history has hosted sovereigns, politicians, Nobel prizes, and movie stars. Located in the city center, where history and culture intertwine, the Grand Hotel Majestic is within walking distance of museums, theaters, galleries, and cathedrals; it enjoys a convenient location for those traveling to the city's exhibition and financial center. The hotel's rooms and suites are luxuriously furnished, each one personalized with its own style and with wonderful drapes, fabrics, and original 18th-century paintings. Impeccable service and state-of-the-art technology align with the aristocratic sense that the hotel exudes.

The Grand Hotel Majestic già Baglioni is the oldest and most prestigious hotel in Bologna, sits in the heart of the city on Via Indipendenza, within walking distance of Piazza Maggiore and the famous Due Torri. This superb five-star deluxe hotel is situated in a Palazzo designed by architect Alfonso Torregiani during the first half of the 18th century and built by Cardinal Prospero Lambertini became Pope. In fact, the palazzo is built on top of an ancient Roman road, which can be seen within the hotel.

The 109 rooms have a mix of antique furniture with modern amenities, a perfect blend of classic Italian style, elegance, and hospitality. In addition, the 4th-floor refurbishment has enriched the hotel with a new range of Junior Suites and Deluxe Room. The style, in this case, is classic eighteenth-century classical French.

The hotel is famous for its I Carracci restaurant with its frescoes, rightly regarded as the most sophisticated and elegant Bologna. This is a place where you may enjoy the traditional recipes of the Emilia region whilst seated under authentic Italian masterpieces. The new "Enoteca Morandi" with a well-stocked cellar provides a wide range of fine Italian and foreign wines to complement a traditional and "Rustico" regional menu.

The restaurant area, with an entrance also dedicated to external customers, is divided into three different but at the same time complementary spaces. Meeting places among the most elegant in the city. Taste destinations where you can savor the typical recipes of the Emilian cuisine in an atmosphere beyond compare, in contact with authentic Italian art masterpieces. The hotel is also known for its truly exclusive food and wine locations, where even the most demanding of palates lingers to "contemplate" as well as to taste! Everything starts with a drink from the somewhat retro atmosphere of the well-known Cafè Marinetti, a relaxing aperitif where the piano notes accompany inebriating bubbles and tasty canapés .... and then dine in the prestigious "Ristorante I Carracci," one of the most elegant in the city for its warm and intimate atmosphere, housed in a magnificent 16th-century salon. The restaurant's ceiling is entirely dedicated to the Carracci brothers' school's wonderful frescoes, hence the restaurant's name.

An unexpected Gourmet alternative is given to you by the historic wine cellar, which today, in addition to boasting about 300 wine labels from all over the world, also becomes "L'Enoteca Morandi" - A refined five-star luxury winery, an exclusive location inside the prestigious hotel in Bologna, a new destination of taste with menus created specifically to enhance the ancient recipes of traditional cuisine.

The Grand Hotel Majestic's brand new Health & Wellness is a metropolitan oasis where you can appease your relaxation and well-being needs. This is the perfect place to indulge your senses and to rediscover harmony between body and soul after a day of intensive sightseeing or to fight the daily stress. It features a Turkish bath, a sauna, an emotional shower with chromotherapy, and an intimate and exclusive relaxing area. In addition, a fitness area with state-of-the-art Technogym equipment completes the client's relaxation break in the best possible way. 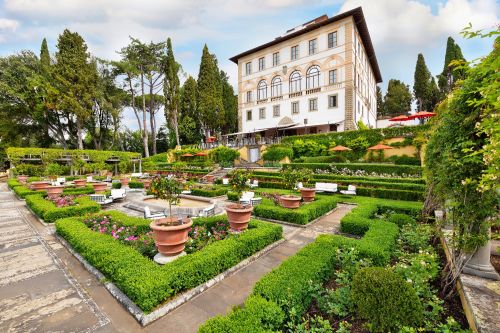 In the past, Florence hasn't looked better than it does now. This 15th-century palace is only a few minutes walks from the Duomo in the Fiesole Hills....

EXPLORE THIS HOTEL
From 851 USD 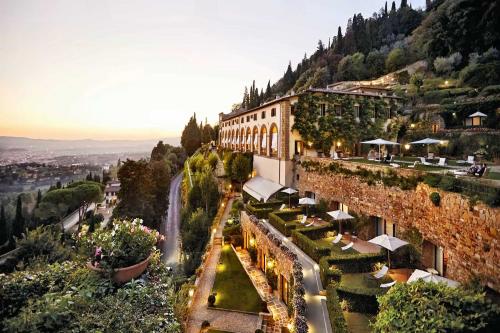 Belmond Villa San Michele is on a hilltop in the Italian village of Fiesole. It's just a 15-minute drive from Florence. Fiesole is known for being a l...

EXPLORE THIS HOTEL
From 237 USD 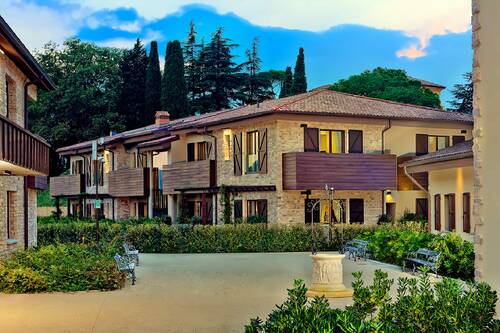 The Palazzo di Varignana Resort and Spa is set in 20-acres of botanical gardens with uninterrupted views of the Italian countryside from the Adriatic...