Polished and refined the Arizona Biltmore, a Waldorf Astoria Resort shines brighter than ever following a grand restoration. Known throughout the world as the Jewel of the Desert - the Arizona Biltmore provides a restful oasis of 39 acres covered with lush gardens, sun-kissed palm trees glistening swimming pools, and Frank Lloyd Wright-influenced architecture.

The resort has welcomed presidents and celebrities with gracious service in an unforgettable setting in the heart of uptown Phoenix. Considered one of the most spectacular resorts globally, the Biltmore features 739 guest accommodations centrally located in the heart of the Camelback Corridor and the fashionable Biltmore Estates.

An Iconic Arizona Landmark Resort Since 1929 - The Arizona Biltmore, A Waldorf Astoria Resort has been an Arizona landmark since opening in 1929 and remains one of the most recognized resorts world for its Frank Lloyd Wright-inspired architecture, luxurious facilities, and storied history. This historic hotel remains a playground for celebrities, worldly dignitaries, and U.S. Presidents. Five dining options, the award-winning Spa Biltmore, full-service salon, eight pools, six tennis courts, two championship golf courses, Fitness Center, lawn games, outdoor activities, and various hiking trails nearby. This 39-acre property exudes first-class. In the prestigious Biltmore community, the resort sits near the base of the Phoenix Mountain Preserve, providing views that are nothing short of breathtaking. Experience legendary moments through timeless luxury first-hand when you visit the Arizona Biltmore, A Waldorf Astoria Resort.

Location - The Arizona Biltmore is centrally located in Phoenix, just 15 minutes north of Sky Harbor International airport. A breath-taking entrance, you can see the mountains of Scottsdale in the background as you pass golf courses, beautiful homes landscaped in the Phoenix style of royal palms, and bougainvillea.

The Arizona Biltmore is a living architectural masterpiece, showcasing the seminal influence of America’s most heralded architect, Frank Lloyd Wright. As the consulting architect, Wright collaborated with a former student, Albert Chase McArthur. Wright’s dramatic style and imprimatur are embedded throughout the resort’s design. The Biltmore was erected entirely of “Biltmore Block,” a variation on a textile block first used by Wright to construct private homes. The pre-cast blocks were made from desert sand on-site and created in 34 different geometric patterns inspired by a palm tree's trunk.

Rooms and Suites at Arizona Biltmore A Waldorf Astoria Resort

Relax in one of the 400 sq.ft. Resort Rooms. Enjoy spectacular views of the mountains, city or the perfectly manicured gardens. Located in the resort’...

Snuggle up beside your own private outdoor fire pit. Discover Biltmore’s historic accommodations restored and refined for a modern era. Relax on your...

Discover Biltmore’s historic accommodations restored and refined for a modern era. Relax in the private patio or balcony of an original 400 sq. ft. Co...

Upgrade to an expansive 500-600 sq. ft. Premier Room for striking views of the mountains, gardens, or one of the eight sparkling swimming pools. The P...

Upgrade to an expansive 500-600 sq. ft. Premier Room for striking views of the mountains or gardens. The Premier Rooms are located in the Paradise, Va... The Junior Suite - With a choice of king size bed or Two Queen Beds will provide you a spacious escape with a sitting area, and rich furnishings creat... 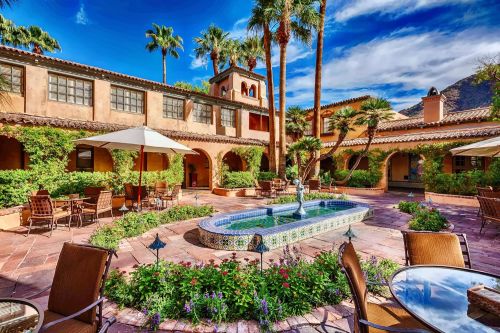 EXPLORE THIS HOTEL
From 308 USD 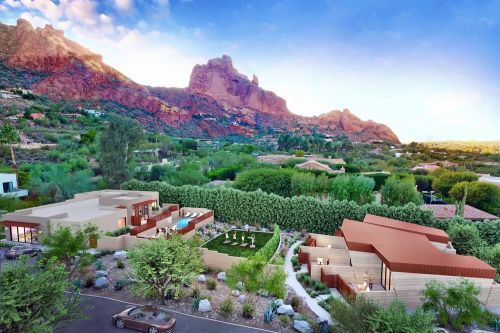 Sanctuary. The New Spirit of Luxury. Nestled within the inspiring landscapes of Camelback Mountain, Sanctuary Resort invites you to experience a highe...

EXPLORE THIS HOTEL
From 192 USD 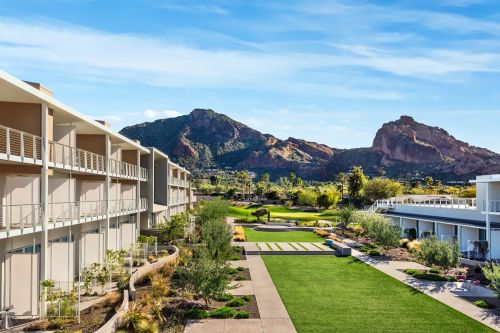 Mountain Shadows stands at the heart of Paradise Valley, an iconic resort that opened in 1959 and has been completely rebuilt from the ground up. Trac...